Auto and Collision Techs, $50 clock hour PLUS production and sign-on bonus, full benefits- Did that futuristic help wanted ad headline make you more nervous than an albino hitch-hiking in a blizzard? It should. And it is not too far off from today. As a matter of fact my prognostication is that it will be a typical ad soon. Here’s why ……. The incredible shrinking skill force – The 2007 recession that followed the collapse of the housing market, the stock market and ultimately the car biz, took a cataclysmic effect on blue collar workers’ heads including Technicians. We are all still reeling from the recession blues because it pushed all of our minds into completely different mental zip codes. But the result on Technicians (and we had a shortage before the recession) is that 25% were laid off when cars weren’t sold or serviced. Papa wrench went home with a pink slip and that removed their motor cortex. Very few ever returned. The CAR CZAR effect – We all remember when Steve Rattner (who had never been in the car biz) in 2008 decided that there were too many CJD and GM dealers and decided to turn into Buzz Saw Al Dunlap from the Sunbeam days and ordered the de-franchising of hundreds of dealers. (That worked well, Steve. You had to reinstate them when Americans loyal to those brands had no place to go, as well as destroying many peoples’ livelihoods and some dealers’ family legacies). Suffice to say that many Techs let go under a government siege like that, also never returned. Your favorite uncle is now a Tech thief, Uncle Sam – Look out into your shop floor. How many of your Techs are Baby-Boomers? If they were born in 1954 or before, Social Security can be taken when they reach 62. If their job seems unpleasant at 61, it can seem downright intolerable at 62 because they now have what seems like a miracle lifestyle change opportunity. Astronauts landed on the moon with less technology than what today’s cars and trucks have – Many Techs are just not up to the upgrade challenges of today’s systems. Those fracking oil companies – Good news/bad news: Good news, regardless of the Keystone pipeline and oil prices dropping rapidly, most Wall Street gurus predict that oil and gas industries will carry this nation into great prosperity for at least a decade. Now the buzz kill, even though oil has dropped precipitately, fracking and oil companies are recruiting skilled labor, paying $100- 150k with full benefits and golden retirement plans. And what do the oil/gas/fracking company recruiters look for? Tech savvy dependable workers who can work with their hands, and these recruiters love Auto/Truck/Collision Technicians. Not My Kid - How many of your Techs are encouraging their kids to become Techs? There is about as much chance of that as Ted Nugent being voted man of the year by PETA. Even if a parent or relative did encourage them, I bet the youngsters would look at their parent like they were on crack. Millenniums defer driving as long as they can, never mind get interested in fixing cars. And with Google as the driver of their future car, what could go wrong? Solution - Here is my two pronged approach:

1 – MOST IMPORTANT, save the Techs we have from leaving the industry by paying Techs like the professionals they are. Even mid-skilled Techs perform tasks that college educated Engineers perform. With that in mind, right out of pay scale websites shows an average 5 year experienced Engineer makes $65k to $75k a year. Upper skilled with 7 plus years experience makes $85k to $95k+. Great ones should make $125k to $150k a year. Techs should be in this same range. Where will the gross come from to pay these wages? It starts with ALL INDEPENDENT SHOPS AND DEALERS and/or YOUR Factory Rep raising rates. Start that process now! if you’re not paying your average Tech $50 an hour soon, you won’t have any because someone else will. 2 - Revamp our whole apprentice program to a model like Germany. I speak to Shop Owners and Dealership Fixed Ops Managers all across the country, and they tell me that graduates from trade schools are nowhere near trained enough to be unsupervised, never mind give them a ticket and let them start in. I have heard that many graduates still can’t even safely rack up a car on the lift. Do yourself a big favor, put in any search engine “Germany’s Apprentice Programs” and read about them. Here are some highlights:

Germany funds and co-sponsors trade programs taking most or all of the financial burden off the employers Germany’s employers start interviewing seniors in high school and hire them to start the apprentice programs as soon as they graduate. The net effect is that 50% of Germany’s high school graduates who opt for higher/continued education, enter trade schools. Most German apprentice programs are 4 plus years with many hours of on-the-job training AT THE EMPLOYER’S site. Or with exactly the equipment the employee will use on the job, German educators recognize that there must be people to design things, AND more people to build and fix things

There is no more deadly trap than the trap we set ourselves - If we keep just using our same daily practices, in two years our Tech shortage will be so great we all will be in panic mode. – Joe Henry

*Son of a former Mercedes and Studebaker dealer as well as an independent shop owner and fixed ops dealership manager, Joe Henry has had many successful years in the automotive, truck, tire and collision industries before founding ACT Auto/Truck/Tire Staffing in 1998. He can be reached at 1-800-489-0536 or visit www.ACTautostaffing.com 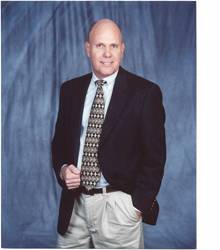 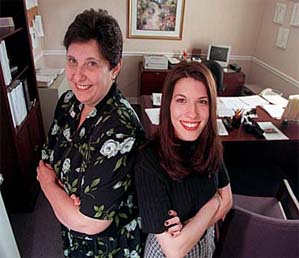 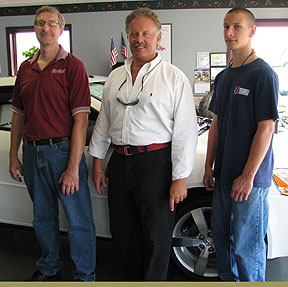 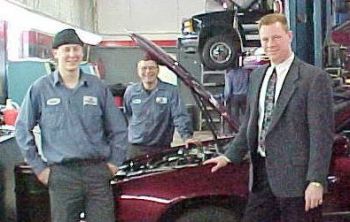 Links to other great articles: Why You Should be ALWAYS be Recruting | The Proper Use of $ign-On Bonus | If you think the workforce is unstable..